The international company Flokk, formerly Scandinavian Business Seating, manufactures office chairs. In order to become the leading supplier, they also have to be leaders in production, and Empir Industry is helping with the delivery of modern IT systems. AH-automation, a partner of Empir Industry, has created a modular system for production lines, which makes possible very rapid deployment.

Flokk has dispersed production between Norway, Sweden and the Netherlands. Thanks to software developed by Empir Industry, the factory's ERP system extends right down to the factory floor, which means that the entire production system can be managed directly through the order system.

– The only thing we know for sure about our production system is that it is always changing. Having day-to-day flexibility in our production system and the capability to quickly rebuild the production line are decisive factors in making us competitive. Therefore, we have demanding requirements, not only on integration with the business system, but also on flexibility regarding the make-up of the line, explains Stein-Are Kvikne, Flokk’s Production and Development Manager.

How did operations work before Empir Industry's inputs?

– Before Empir Industry, the work of Flokk was not automated and thus not as efficient. More prefabricated products had to be stored, taking up space.

What positive effects have you seen with the MES system?

– Since the implementation of the system, we have increased efficiency by 70%, says Stein-Are Kvikne.

The MES system at Flokk is configured according to what is to be done at the production line's various stations and the properties of, and materials at, each station. Based on collected data, a route is created on the line. This route shows which workstations a palett should go to for the chair to be assembled according to the order received from the order system. In this way, the MES system automatically balances production based on what components are available and which people are on the line. Since the MES system continuously monitors all parts of the process it is possible to directly see if problems arise in the production system. It is also possible to see continuously the manufacturing costs for each individual chair. 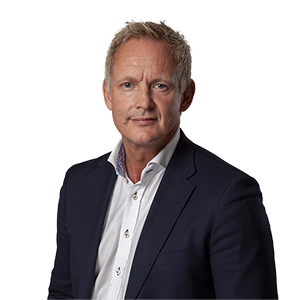